The Buick LaCrosse has been Buick’s top-line car since it was introduced in 2004 as a 2005 model sedan. During this period of time, plenty of things have changed in the market, particularly vis-à-vis the comparative ascent of crossovers vs. cars of all sizes and types, particularly in the midsize/large category, where the LaCrosse competes.

So when Jeff Yanssens, chief engineer of the fourth-generation LaCrosse, the 2017 model, and his team set out to engineer a car that would be class-leading, they certainly had their work cut out for them, given not only the crossover phenomenon, but the that includes a variety of vehicles including the Infiniti Q50, Toyota Avalon, Chrysler 300, Kia Cadenza, and Ford Taurus. 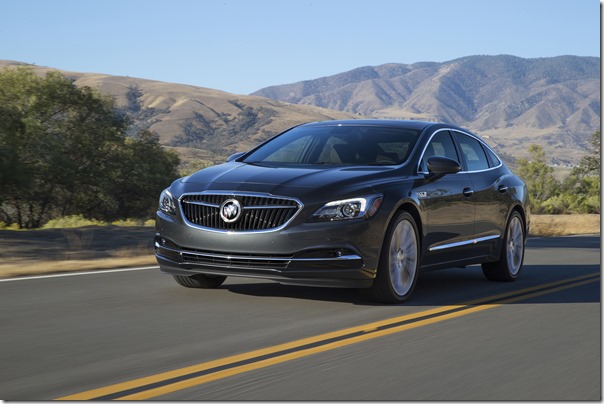 Yet Yanssens tells us on this edition of “Autoline After Hours” that he had a team that was committed to creating a car that is class-leading.

No, you work at it and you keep working at it until you get it absolutely right.

One thing that comes out as Yanssens talks to Autoline’s John McElroy, Dave Sullivan of AutoPacific and me is that the development of the 2017 LaCrosse was driven by doing things right, not doing things because they’d be the most expeditious or economical.

Yanssens says, for example, that the vehicle is some 300 pounds lighter than its predecessor, and that while a lot of that is predicated by doing some three-million CPU hours of computer-aided engineering on a Cray computer, analyzing 200 variables and 150 parameters, some of it was achieved by putting in the lighter solution, such as the power window lift mechanism, even though there were less costly—but heavier—alternatives.  Realize that this is a steel-intensive vehicle—they didn’t opt the aluminum route for mass reduction—yet the structure is about 150 pounds lighter, again thanks to the engineering and processing of the new LaCrosse. Realize that this is an all-new LaCrosse, inside and out, so whether it was the engineering of a second-generation 3.6-liter, 305-hp V6 or the eight-speed automatic’s toggle-pull shifter that opened up space for storage in the center console, whether it was stretching the overall length by a bit (0.6 inches) but the wheelbase by a lot (2.7 inches), they worked hard on the vehicle.

The 2017 LaCrosse is being built at the Detroit-Hamtramck Assembly Plant and at a facility in Shanghai.

Yanssens points out that the extended wheelbase facilitates ingress and egress into the back seat. Is that something that was done to meet the needs for the China market, he’s asked. He simply points out that people everywhere like the ability to climb into and out of cars without struggle, that it is something that is universal.

If you’re interested in learning how a new car is engineered, Yanssens provides a fascinating look into the process.

In addition to which, McElroy, Sullivan and I discuss a number of other topics, ranging from cybersecurity issues to the controversy surrounding the Tesla Model S fatal crash in Florida.

And you can see it all right here: