Ford goes for vertical integration, DENSO and Honeywell take to the skies, how suppliers feel about their customers, how vehicle customers feel about shopping, and insights from a software exec

This week we’re talking about electric pickups and flying taxis. What suppliers think about OEMs and what car shoppers think about shopping. Plus a Q&A with a software exec.

Ford: Back to the Future

Literally hours after Ford made the official introduction of the F-150 Lightning (as opposed to the intro performed by Joe Biden’s unanticipated hot lap) the company announced, along with SK Innovation, that the two companies have entered into a memorandum of understanding for the creation of a joint venture to produce. . .electric vehicle batteries.

SK Innovation is the supplier of the lithium-ion batteries for the Lighting, which the Seoul, South Korea-based company produces in a plant in Commerce, Georgia. (Apparently the supplier got the nod back in 2018.)

Ford COO Lisa Drake says that the JV will start production mid-decade, with the capability of producing 60 GWh of batteries. Two plant’s worth.

What does 60 GWh worth of batteries mean?

An extended-range Mustang Mach-E has an 88 kWh battery pack.

They’re Going to Need a Bigger Factory. Thai-Tang notes that Ford anticipates having an annual vehicular energy requirement of 140 GWh in North America by 2030, so clearly they’re going to be needing more factories.

(Incidentally: the Mach-E battery is produced by. . .LG Chem.)

While Ford earlier had the position that purchasing batteries from suppliers was the appropriate approach, Thai-Tang explains that based on where electric vehicles are going—moving from the early adopters to the early majority—and the vehicles that the company will have on offer—with things like the Lighting and the E-Transit having mass appeal—“we will have the new vehicle volume to justify the investment.”

(She also notes the USMCA trade agreement makes having some battery capacity in the U.S. a necessity for the company.)

Past Is Prologue. When Henry Ford built the Ford Motor Company in the early years of the 20th century, he created one of the most vertically integrated companies the world had—or has—ever seen.

During the past few decades automotive OEMs have slimmed down what they have under their ownership.

Now it seems that there is something of a renaissance.

Urban Air Mobility (UAM) is a category with increasing activity.

Companies from Airbus to Volocopter, with outfits including Boeing and Joby in between, are actively developing aircraft that generally have vertical takeoff and landing capabilities so that people can be quickly whisked from point A to point B without having to deal with traffic.

What’s more, these aircraft, like the earth-bound transport devices that are being developed, tend to be electric vehicles.

A new alliance in this space caught our eye:

DENSO, the global automotive mobility supplier, and Honeywell, whose Aerospace business unit builds an array of aircraft components and systems, have formed an alliance.

They have developed electric propulsion systems for UAM applications.

They are working to integrate those systems with Honeywell’s fly-by-wire, avionics and actuation systems.

According to the companies, they are in “advanced discussions” with current and prospective customers.

Consider: DENSO has profound knowledge of mass production and Honeywell of aerospace components.

Yes, UAMs may become real in the not-too-distant future.

Nine years of data. Note the two lines that have remained in place. (Image: Plante Moran)

The Working Relations Index (WRI) Study conducted by Plante Moran looks at how well suppliers feel about their relationships with the six major North American OEMs.

The survey has been conducted for 21 years. There have been tweaks during that time.

It hasn’t had a string of first-place results for 21 years straight. Honda took the top spot twice (2009 and 2010). Honda has otherwise been in second place.

Sounds like “kaizen.” "We're often asked by automakers what's the key factor – the "silver bullet" – that will improve their Index ranking. The answer is: there isn't one simple thing. It's making many small, incremental improvements to the foundational elements over time – such as paying invoices, and training knowledgeable buyers – and aligning top leadership and all functions to support value-add by the supply chain." --Dave Andrea, Principal in Plante Moran's Strategy and Automotive & Mobility Consulting Practice

Ford has been fourth since 2017 and its 249 points are the company’s lowest in quite some time.

But when it comes to low, at 170 points FCA US (a.k.a., Stellantis North America), there is no OEM below it.

Factors to consider. So what are the things FCA scored poorly on, things that are useful for your purchasing organization to keep in mind regardless of where your company is in the supply chain:

Put on the Brakes?

Although OEMs are rushing toward an electric future, when it comes to the U.S. market, perhaps they’re getting a little ahead of themselves.

According to a new study from Deloitte, the “2021 Global Automotive Consumer Study”:

Range anxiety is still an important issue for BEVs:

While there is often a criticism of BEVs that they take too long to recharge, only 13% of consumers tick that box.

All of the talk of global environmental concerns notwithstanding, if one contends that alternatives to liquid fuels as an energy source are “greener,” then on a global basis things are not looking particularly good:

Those opting for non-gasoline/diesel engines is going down across the board.

Looked at another way: When it comes to being in favor of internal combustion engines, the U.S. is #1.

COVID didn’t seem to have a big impact on U.S. buyer intentions in terms of timing or vehicle type.

Although there is sometimes a notion that by about the week after next an Amazon Prime truck will be dropping off vehicles in driveways, seems that’s not likely.

Just 17% say that fully virtual is the way to go.

Even if the buyer goes virtual, the dealership is still in the mix:

Why the Physical Buy?

People—75% of them—want to see the actual vehicle.

Test driving comes in at second, 64%.

A most telling statistic in this category: 23% say “none of the above.” 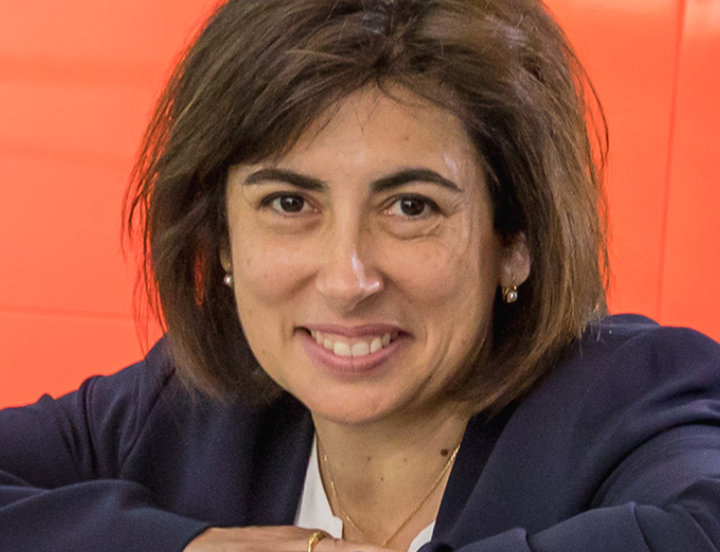 I am Vice President of the Transportation and Mobility global industry team at Dassault Systèmes. We produce software to create virtual universes that provide businesses and people with sustainable innovations, and in my role, I help manufacturers, suppliers and startups of the automotive, transportation and mobility industry to design, model, produce and repair vehicles in an efficient way.

2. Dassault Systèmes is known for CATIA and the associated design and engineering tools. Is there something it offers the auto industry beyond that and if so, what?

In recent years, we have focused on the development and enhancement of the end user’s full experience with a product or service. Our 3DEXPERIENCE platform provides virtual twin capabilities, which enable the harmonization of product, nature and life.

For the automotive industry, specifically, we enable the design, engineering, simulation and production of the entire vehicle – including model-based systems engineering (MBSE), battery chemistry and electric drivetrain development. Our virtual simulation capabilities support cabin comfort factors (noise, vibration, EMF, heat flow) and many other vehicle domains (mechanical, electronics, electromagnetic, software), including how the vehicle will be manufactured, as well as how it will perform and be experienced – all in an integrated virtual environment.

3. There is an array of companies that are not historically in the auto industry that are becoming involved (e.g., Foxconn) or startups like Lucid. What can Dassault do to support them?

Our Electro Mobility Accelerator, developed by my industry team, was created specifically for EV development, simulation and validation. From industrial design, through various simulations, tradeoff studies and manufacturing feasibility, we have helped numerous innovators quickly bring their industry-changing products to the global market. EV innovator CANOO is a recent successful example of a company using the 3DEXPERIENCE platform via the cloud for their initial development team. They now have hundreds of engineers collaborating within a productive cloud environment.

We are also supporting the industry phase where several of the new automotive and mobility players are transitioning to high-volume production. These innovators have continued to use Dassault Systèmes’ DELMIA applications for digital manufacturing, taking advantage of the end-to-end integration the 3DEXPERIENCE platform provides – again, super-charging collaboration and accelerating cycle time to market.

4. Autonomy and mobility are becoming more important in the transportation space. What does Dassault Systèmes have that can help companies involved in either of them?

Dassault Systèmes was an early actor in the sustainable mobility space. We provided our 3DEXPERIENCE platform to one of the earliest smart city environments in Singapore. We have continued to progress our smart city offerings, recently focusing on leading 5G communications system design and CST electromagnetic simulation software for integrating autonomous vehicles into the smart mobility grid. We also recently invested in AVSimulation, a leader in the simulation of autonomous vehicle dynamics and performance within smart cities.

This integration of vehicle development and autonomous experience, as well as design engineers’ work from initial concepts through detailed testing, is a big change in how vehicles have been developed in the past and will lead to happier customer experiences and safer transportation.

With all of these industry evolutions—designing vehicles of tomorrow, transitioning from combustion to electric, the increase in sophisticated electronics & software, digital integration of the driver and the autonomous vehicle connection to the city—a new approach is required to effectively enable the entire development process. We have seen an increased use of comprehensive MBSE in both our legacy and new customer base for EV and sustainable mobility development.

This MBSE approach has been leveraged for many years by our aerospace customers, primarily using our No Magic cameo tool, which we have integrated into our overall systems engineering, simulation and requirements validation process within the 3DEXPERIENCE platform. This holistic approach in overall vehicle development, mobility and customer experience as a living requirements model, versus a static requirements document, is an industry game-changer and enables better management of this increased complexity to potentially deliver a vehicle in quicker cycle time – leading to lower development costs, while providing an enhanced customer experience.

The transformation of this industry is thrilling, and new entrants are moving fast. End consumers aspire toward new sustainable mobility and maybe will put more pressure on manufacturers than regulatory authorities in the next coming years.