Consumer Interest in EVs and Self-Driving Cars Stuck in Neutral

Consumers remain skeptical about electric and autonomous vehicles because they have no experience with the technologies and don’t know how they work. 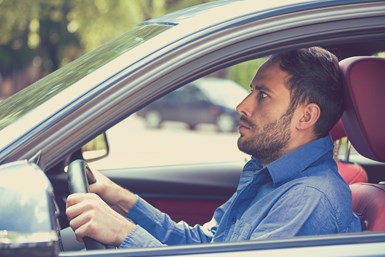 The findings in the Q3 report square with those from similar studies Power conducted earlier this year and last year, with consumer confidence levels for EVs and self-driving cars standing at 54 and 34, respectively, on a 100-point scale for respondents in the U.S.

Canadian drivers are slightly more optimistic about the technologies, scoring 58 for EVs and 36 for AVs.

As in past studies, the authors warn that there is a significant lag between consumer confidence and the industry’s push to launch the technologies.

While about 50 battery-electric models are due to launch in the U.S. by the end of 2022, only 13% of Americans polled plan to purchase one. Even more concerning: 30% indicate they will never consider an EV.

A general lack of awareness is a big part of the problem.

Just over two-thirds of the consumers surveyed in both Canada and the U.S. have never driven or rode in an EV, which is the same rate reported in last year’s inaugural J.D. Power mobility index.

Some 31% of Americans and 22% of Canadians say they know nothing about the technology. And more than half of those who have never been in an EV describe their likelihood of purchasing one as “very low” at best.

"Automakers need to figure out a way to get people into these types of vehicles to increase consideration," says Kristin Kolodge, Power’s executive director of driver interaction and human machine interface research.

At the same time, the new crop of respondents expect more than their predecessors did in terms of EV performance.

More than three-fourths (78%) of Americans want EVs to have at least a 300-mile driving range, and 45% say they wouldn’t wait more than 15 minutes to recharge the vehicle to third-thirds of that capacity. This compares with 75% and 41%, respectively, from the Q1 study.

More than one-third (38%) of industry experts polled believe the prospects for self-driving vehicles have worsened during the past three months.

The decline is attributed to lingering concerns about the coronavirus and changing priorities caused by it. The pandemic has shifted the development focus to technologies with a greater potential for near-term success, including electrification systems, asserts one industry respondent, adding: “This has delayed development of self-driving systems.”

Among consumers, opinions vary based on their current preferred modes of transportation. In the U.S., only one in seven people who drive a personal vehicle say they would be open to riding in a self-driving car. The rate increases to 22% for those who primarily use public transportation.

Top concerns about the technology are:

In general, younger respondents continue to have a more positive view than their elders on the technology, according to the authors.

Not much has changed in the last year.

The main challenges are getting more people behind the wheel of an EV and educating and gaining consumer acceptance about AVs.

“Until auto manufacturers can rectify this, adoption will continue to be an uphill battle,” Kolodge says.