Why INEOS Is Smart

It was originally known as “smartville,” the factory in the Lorraine region of France that was launched in 1997 to build the smart fortwo city car, the car that was the concept of Nicolas Hayek, the man behind the Swatch watch. The company that produced the cars was Micro Compact Car AG, 49% owned by Hayek’s SMH and the remainder by Daimler. With time, there were new models (e.g., forfour, Roadster), but the ownership model changed with SMH out and by 2019 Daimler being joined in its efforts by Geely, with the plan being to produce smart BEVs in a plant in China. (smart is no stranger to EVs, as it had a limited run with electric fortwos in 2007, then rolled out its second generation EV in 2009.) 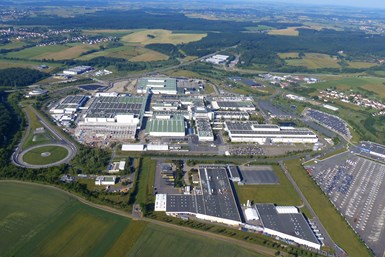 The factory in France once known as “smartville.” It will become the production site for the INEOS Grenadier 4x4. (Image: INEOS)

The formation of smart Automobile Co., Ltd., was announced on January 8, 2020. Li Shufu, chairman of Geely Holding, said, “The smart brand has a unique value and global influence, it has grown to be a leader in urban mobility. Geely Holding will fully support the smart brand with its full advantages in R&D, manufacturing, supply chain and other fields into the joint venture and support its development in China and globally. We will work together with Mercedes-Benz to transform the smart brand into a leading player in urban premium, electric and connected vehicles to successfully develop the brand’s global potential.”

No one had sounded as bullish about the brand since Nicolas Hayek in the early days.

So what about smartville?

The Hambach plant is been acquired by INEOS Automotive from Mercedes-Benz. INEOS will produce its Grenadier 4x4 in the factory.

Said Sir Jim Ratcliffe, INEOS Group chairman, “Hambach presented us with a unique opportunity that we simply could not ignore: to buy a modern automotive manufacturing facility with a world-class workforce. INEOS Automotive set out a vision to build the world’s best utilitarian 4x4, and at our new home in Hambach, we will do just that.” INEOS will do contract manufacturing for Mercedes at the plant, too, building components as well as the smart EQ fortwo. The Grenadier is to launch in late 2021, approximately the same time the smart products will be produced in China.

Why This Is Clever

This is a clever move on behalf of INEOS. It gets a workforce. It gets to perform contract manufacturing, which allows it to generate revenue while preparing to launch its own vehicle. It puts a facility in France close to the border with Germany, about 280 miles away from BMW HQ, and BMW is providing the powertrain for the Grenadier.

And while INEOS HQ in in Knightsbridge, London (literally across the street from Harrods), presumably having its production base in the EU will allow it to avoid many of the problems that Brexit is likely to cause to vehicle manufacturers for the foreseeable future.