Hyundai and INEOS Advancing Hydrogen Use

While INEOS may be known to people in the auto industry as the company that is developing a vehicle that is boxy, utilitarian and retro-chic, there is more than a whiff of hydrogen about it, too

Hyundai—which needs no introduction—and INEOS—the company that is in the process of developing its boxy Grenadier 4x4 vehicle—have announced that they will work together to look at the applicability of hydrogen utilization in a variety of applications in Europe even, conceivably, under the hood of the Grenadier, a vehicle that couldn’t be further in form and function than the Hyundai Nexo fuel-cell vehicle. 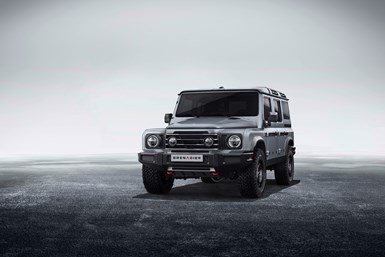 Said Peter Williams, Technology Director at INEOS, “The agreement between INEOS and Hyundai presents both companies with new opportunities to extend a leading role in the clean hydrogen economy. Evaluating new production processes, technology and applications, combined with our existing capabilities, puts us in a unique position to meet emerging demand for affordable, low-carbon energy sources and the needs of demanding 4x4 owners in the future.”

The Grenadier is undoubtedly going to be a comparatively low-volume vehicle, even though the company was going to build its own factories and then started looking at the former smart plant in Hambach, France. INEOS is working with Magna on the project—on everything from chassis and suspensions to production development—so there is always that opportunity for a build site.

Presumably, there is a fairly finite number of people who are interested in something of a restomod-looking Land Rovertype vehicle, especially one that would possibly be powered by hydrogen. 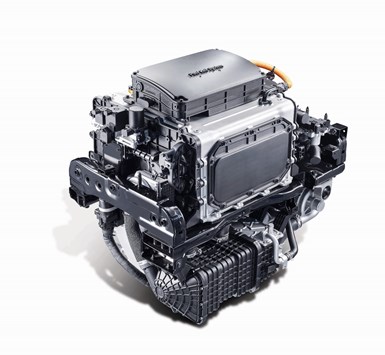 And know that in 2019 Hyundai delivered just 267 Nexos in the U.S., so you can see that there isn’t presently a huge demand for the vehicles. (Admittedly the distribution of the Nexo is predicated on where there is hydrogen refueling infrastructure, so the market footprint is decidedly (a) small and (b) essentially in California, where there are 42 refueling stations.)

While Hyundai has long been bullish on hydrogen, so one might think that this arrangement with INEOS is predicated on getting more vehicles—regardless of the volume—out there, it may be even simpler than that.

Turns out that INEOS is part of the INEOS Group, “one of the largest global petrochemical producers and the biggest private company in the UK.”

And as part of its on-going chemical manufacturing operations, it produces 300,000 tons of hydrogen a year as a byproduct of those operations.

What’s more, another subsidiary is INOVYN, which is “Europe’s largest existing operator of electrolysis” (water + electricity = hydrogen and oxygen), so it has both know-how and capacity when it comes to hydrogen.

Clearly, it will take more than a handful of Nexos and potential Grenadiers to get there. But progress often starts small.