Spoiler alert: there’s a lot of room for improvement

“Not every charging attempt is successful, and important details, like how to begin a charging session, how much it will cost, and if stations are available or out of order, are often not made clear to users.” 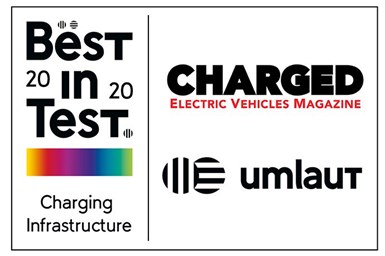 That’s one of the sobering assessments of a new study conducted by Charged EVs and German consulting and benchmarking specialist Umlaut on the current state of the electric vehicle charging infrastructure.

It wasn’t all bad news, but the big takeaway was “there’s a lot of room for improvement.”

In the U.S., Umlaut put five charging networks to the test. None topped 700 on the 1,000-point scale. Here’s how they ranked in the 2020 EV Charging Infrastructure Best-in-Test award:

The initial study doesn’t include Tesla’s independent Supercharger network. But Umlaut plans to assess these stations next year and add the results to an updated report.

One of the biggest problem areas are the facilities themselves. Conditions need to be improved to offer the same convenience that customers have come to expect with gasoline stations, including basic amenities such as lighting and overhead protection.

In addition, the report calls for greater interoperability among the various networks. This will allow drivers to use a single smartphone app or RFID card to access all public charging stations.

At this point, there’s no question that electrification will play a huge role in the future of the auto industry.

But the speed and magnitude of the transition depends on both the vehicles themselves—cost, performance and range—and the supporting infrastructure.

That’s why carmakers are increasingly partnering with charging networks to help improve the overall experience. Look for the trend to accelerate in the coming years.