EVs gaining acceptance but the pace needs to accelerate

The coronavirus pandemic is expected to have a lasting impact on global mobility trends, with private car usage gaining at the expense of public transportation and new mobility services such as ride-hailing as people try to minimize contact with others. 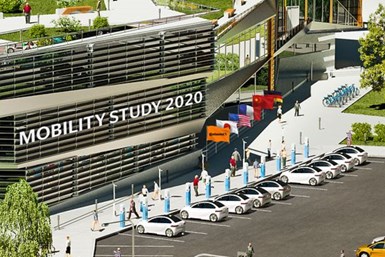 These are some of the findings of the latest Continental Mobility Study. Conducted in conjunction with social research specialist Infas, the study surveyed people in China, France, Germany, Japan and the U.S. in September.

The trend is most pronounced in China, where 46% of those surveyed reported using their cars more often than before COVID-19. And three in five said they recently bought a car or plan to do so in coming years.

By comparison, about 20% of the respondents in France, Germany, Japan and the U.S. indicated their car usage has increased during the pandemic. Less than 15% plan to buy a vehicle anytime soon.

Conversely, nearly 60% of the respondents in China and Japan—and 40% in the other countries—say they are using public transportation less.

Ride-hailing and other shared mobility currently play a limited role in all of the countries, with China scoring the highest usage rate of about 10%.

Electrified vehicles are vital to future mobility, according to the study. But, the authors note, sales volumes of such models are well below expectations and the scale required to meet emission reduction targets.

The good news: A growing number of people worldwide are open to buying an EV in the future, including 44% of Americans and a whopping 86% in China.

Lack of charging stations was the most cited detriment against EV ownership, followed by range anxiety.

In addition, one-third of the German respondents and one-fourth of those in France said they wouldn’t consider an EV because they doubted the technology’s environmental benefits.

Respondents elsewhere were less troubled by such concerns. In the U.S., one in 10 respondents cited questionable “green” bona fides as a reason not to go electric, while just 1% of those polled in Japan did so.