“At a time when the industry is contemplating many technology options to address clean energy, it’s important to have pragmatic solutions in the conversation that can have more immediate impact, and meeting or beating the most stringent regulations with less cost and complexity and no reliance on enabling infrastructure is compelling,” asserts David Crompton, president and CEO of San Diego-based Achates Power. 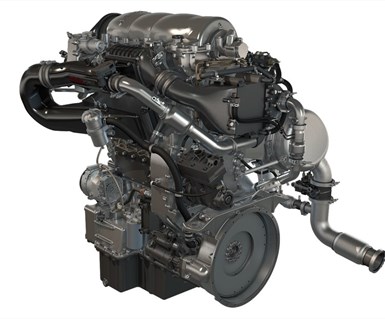 In this case, the pragmatic solution Crompton is referring to is Achates’ opposed-piston engine, which promises to meet more stringent emissions requirements with current aftertreatment systems—and without having to switch to electrified drivetrains.

In the tests, which were conducted in San Diego and Detroit, the heavy-duty diesel mill measured:

Achates has been developing the technology, which eliminates the cylinder head and valve train, since 2004. (Others have been at it since the 1930s.)

The tests results are another step in the validation and commercialization processes.

In addition to commercial vehicles, Achates is working on applications for passenger cars, military vehicles and stationary applications.