The Tesla Model 3 is certainly one of the most controversial cars to be launched in some time, with production models (a comparative handful, admittedly) presented on a stage with a throng of people treating it like it was an event with Beyoncé, Taylor Swift and Ed Sheeran, all at the same time.

Here was still another car from the nascent car company (it was founded in 2003 and went public in 2010), which was said to be fulfilling Elon Musk’s vision in his 2006 “The Secret Tesla Motors Master Plan (just between you and me)”, which concludes:

Use that money to build an affordable car

Use that money to build an even more affordable car

The sports car is the first car, the Lotus Elise-based Roadster of 2008. The “affordable” car is the Model S of 2012. The “even more affordable car” is the Model 3. It has, according to Tesla, a starting price of “$35,000 before incentives.” 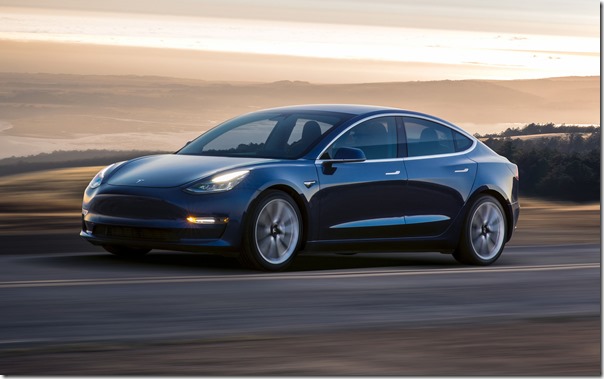 And were you to reserve a Model 3 right now—and while there is no publicly accurate number of how many people have placed a reservation, but the number is thought to be in the few hundred thousand vicinity—you would get it “in 12 to 18 months,” according to Tesla.

Rather, according to Tesla, “Our first Model 3 in production comes with a long-range battery, 310 miles of range, rear-wheel drive and premium upgrades throughout, beginning at $49,000 USD.”

(This is one sign that Tesla truly thinks like a regular car company, inasmuch as there is always a price that is really low put out there and when a customer goes to a dealership—or “store,” in the case of Tesla—that vehicle is nowhere to be found.)

However, Tesla goes on to point out, “In late 2018, we will introduce the option for a standard battery with 220 miles of range and standard equipment, beginning at $35,000 USD.”

For the last 30 years, Munro & Associates has been working with a variety of manufacturers to improve their product designs and their processes. As the company is headquartered in southeastern Michigan, it is not surprising that they do a considerable amount of work in the auto industry.

One of the areas of expertise at Munro & Associates is teardown benchmarking: element by element, piece by piece, a vehicle is disassembled and analyzed. Materials, manufacturing methods, design, and engineer are all discerned. Costs are estimated.

As Sandy Munro explains on this edition of “Autoline After Hours,” two Model 3s were purchased, and taken apart. Consequently they have information on the body, chassis, suspension, electronics, powertrain, battery, brakes, interior, and other elements of the vehicle.

Munro tells Autoline’s John McElroy, Craig Cole, Detroit editor of Autoguide.com and me that while Tesla doesn’t do so well when it comes to the “dinosaur” elements of the Model 3—as in approximately everything above the rocker—when it comes to things like the suspension, electronics and battery—especially the battery—the company has done a superb job.

Arguably, had Tesla decided not to build the Model 3 itself but to contract the job out to a supplier, the Model 3 could have become a car that would have set the traditional industry on its ear.

The entire show is dedicated to the Tesla Model 3. And you can see it here.