Creating standards for sensors and processors

Formed in October 2019, AVCC aims to develop common software platforms and other open standards for autonomous vehicle systems. Members include General Motors, Mazda and Toyota as well as Veoneer and 14 other suppliers and tech companies.

"The path to delivering from ADAS to autonomous systems is more and more complex, and it will continue to grow,” Rosso notes.

“AVCC is an important step forward as we jointly address the technological complexities, needs of standardization and obstacles that need to be overcome for the deployment of these systems,” he adds. 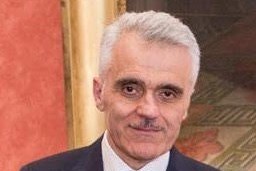 “Together, we can accelerate the delivery of safe and affordable assisted and autonomous vehicles at scale."

Rosso has held his current position since Veoneer was spun off from Autoliv in early 2018.

Prior to joining Autoliv in 2016, Rosso worked at Magneti Marelli, including three years as the supplier’s CTO.