UVeye has installed its vehicle inspection technology at V.I.P. Auctions in Georgia and USS in Japan. The latter is one of the largest auction houses in the world, selling more than 3 million vehicles per year at 19 sites.

The Israeli-based startup’s artificial intelligence-based systems—Atlas (exterior components), Helios (undercarriage) and Artemis (tire wear)—can detect a wide variety of defects, leaks and other potential problems within seconds, and store and catalog the data for future use.

The auction applications promise to help prove out the technology and generate revenue. 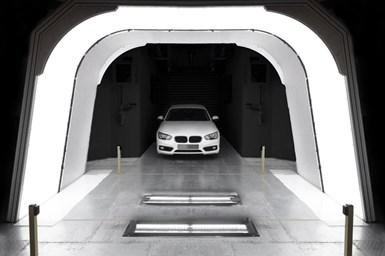 They also are the first step in creating a lifecycle analysis platform for carmakers.

“Right now it’s about market development,” says Glenn Hemminger, who was hired earlier this year to head UVeye’s North American operations based in Stamford, Conn. The goal, he says, is to leverage data from one inspection across multiple customers.

In addition to inspections at various points during the manufacturing process, OEMs want to track quality as vehicles are shipped to dealers and after they’ve been sold, Hemminger notes. “Product teams want to know what vehicles look like at five and 10 years to identify trends and potential problems,” he says.

This is especially important for leased vehicles and as certified dealers become more involved with online auctions, Hemminger says.

UVeye initially developed the undercarriage technology for security applications to detect weapons, explosives and illegal drugs. The company has installed systems at more than 100 checkpoints around the world. 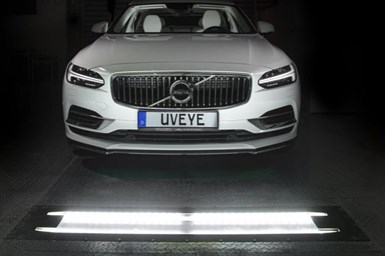 The first OEM application was at a Skoda facility in 2018. One unnamed carmaker now is testing the technology during end-of-the-line inspections and at paint shops.

The camera-based systems can scan tires and vehicle underbodies in less than 10 seconds. The Atlas system takes about 30 seconds to complete a 360° scan of the rest of the exterior, including body panels, front-end modules, door locks and all windows and the windshield.

By comparison, visual tire checks typically take about two minutes, while full body inspections can take 10 to 20 minutes. More important, UVeye says its systems provide greater consistency and are much more thorough. For example, Atlas can detect dents or scratches as small as 2 mm in diameter. 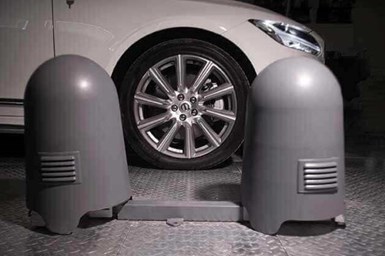 In addition to evaluating quality against a pre-determined check list, the AI-based system can identify other problem areas. In one case, the tire system found damage around a vehicle’s wheel well, even though it wasn’t specifically programmed to look for it.

UVeye says it has contracts in the works with dealerships and is working with rental car agencies on potential applications.

And the company aims to develop a case study, using anonymized data from several carmakers, to quantify quality improvements. In the future, UVeye also envisions suppliers using the technology to inspect individual components and sub-assemblies.

“OEMs never had the capability to do this,” Hemminger says. “It’s a step change for them.”

But it will take time for customers to trust the technology and realize the benefits, adds chief marketing officer Yaron Saghiv.

“Working with OEMs is a long-term relationship,” Saghiv says. “That’s why they invest in us.”