This week On Automotive:

Welcome to the first edition of On Automotive, a weekly newsletter from Gardner Business Media.  On Automotive will cover the products, processes, people, and other topics that are, well, topical in the global auto industry. We’ll make it fast, fun and informative.—Gary S. Vasilash

Level 2+ autonomy allows drivers not only to lift their feet from the pedals (adaptive cruise control is part of it), but to remove their hands from the wheel, too.

But drivers are still required to pay attention.

ZF has announced that a system it has developed for L2+, coASSIST, is being used by Dongfeng Motors in its Aeolus Yixuan, a compact sedan. 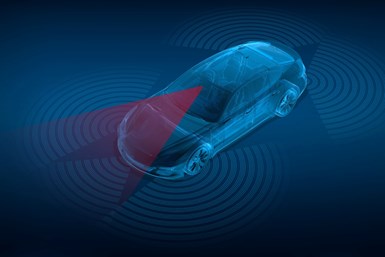 The word affordable is important in that statement.

Elements of autonomy: coASSIST uses both EyeQ camera tech from Mobileye and short-range radars from Hella.

If you need more: Marnat points to coDRIVE, which brings in functions like automated lane changing and automated passing, and coPILOT, which adds automated garage parking and route learning.

coPILOT also uses the ZF ProAI controller, which it developed with NVIDIA.

Inside a Battery Pack Made Clear

Avery Dennison Performance Tapes has launched a line of bonding solutions for use in the production of EV batteries. According to the company they can be used for thermal runaway protection, cell-to-cell bonding, and compression pads.

While this image highlights where its materials can be used, it is one of the better simple looks at the elements of an EV battery:

Buy, buy buy. Although production shutdowns and dealer lockdowns in 2020 caused a decline of new vehicle purchases for the year of 14.6%, for a total number of new vehicle sales of 14.57-million units, it could have been much worse. But it wasn’t.

Cox Automotive performed its 11th annual Car Buyer Journey Study—looking at sales between mid-March and September 2020—and found that consumers got right to the point.

The Buyers: People 50 years old with an annual income of $75K or more. They represented 70% of the vehicle buyers.

Why? A couple reasons:

Maybe they don’t need to kick tires: One of the arguments raised for why a traditional dealership buying approach is valuable is because it provides customers with the opportunity to test-drive vehicles. Cox found about 22% of buyers didn’t test drive their new vehicles.

Inside a Rolls You’ll Never Own

Don’t get too enamored of the Rolls-Royce Phantom Tempus, because (1) 20 are being built and (2) two are coming to the U.S. and they’ve been sold. 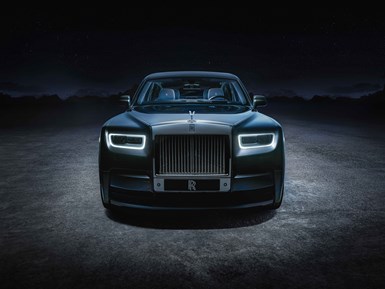 The Rolls-Royce Phantom Tempus—all about time. And a production run of 20. (Image: Rolls-Royce)

Time, time, time: Phantom Tempus is a motor car for those who shape the world as they seek their own place in the universe. They understand that whatever our individual gifts, talents and opportunities, we’re all given Time – and it is up to us to make the most of every moment.”--Torsten Müller-Ötvös, Chief Executive, Rolls-Royce Motor Cars

Black on blue: The exterior is painted Kairos Blue, which has embedded blue mica flakes to reflect the light in a manner that is meant to evoke stars. The detailing is done in black. 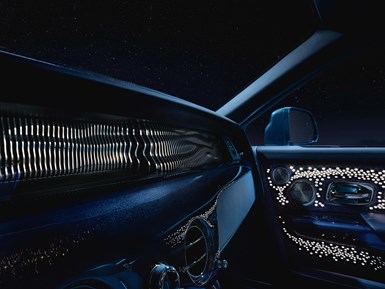 Those vertical silver lines are milled from an aluminum billet. (Image: Rolls-Royce)

Interesting IP: The surface of the instrument panel that otherwise serves as trim that into which a clock is inserted not only doesn’t have the clock, but it is milled from an aluminum billet. There are 100 contoured columns milled into the surface. Why?

Because a pulsar star has a 100-million-year rotational spin period.

One of the ways that hybrid vehicles minimize emissions is by shutting off the engine. No combustion. No CO2 out the back.

But. . . When it is a plug-in hybrid with some electric range, this means that the engine can be shut down for a longer period of time. The more efficient the vehicle, the longer the engine off.

Which leads to a problem: cold starts.

And that means: Rolf Brück, head of Catalysts and Filters at Vitesco Technologies, says, “From the perspective of emission reduction, this is a challenge, as the greatest share of the emissions in a cycle can be generated during cold start situations.”

Lots of cold starts mean potentially an issue with emissions.

An answer: Vitesco has developed a DC/DC converter that takes the power from a high-voltage battery (200 to 400 V) and produces low voltage that is then used to power a heating disc that heats the catalyst to take care of cold start situations.

While there is a lot of concentration on what happens at the tailpipe, according to Jean Lupinacci, Chief of the ENERGY STAR Commercial & Industrial Branch, "Commercial buildings and industrial plants account for nearly half of America's energy.” Which means that they’re emissions-intensive in their own way.

“Blue Skies for our Children.” That is the name of an initiative that Honda has had over the past several years (which is not often heard of). The object is to reduce carbon emissions—including from its facilities.

And it is taking that seriously.