As Easy as Riding an E-Bike

If it moves, chances are that Valeo has electrified and automated it. 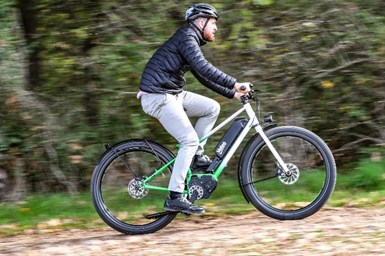 That’s the point. The greater the volume, the lower the cost—and the more robust the technology becomes.

“We are leveraging and adapting the technological platforms that we developed for the automotive industry, both those dedicated to ADAS and to low-voltage electrification,” explains CEO Jacques Aschenbroich.

Pedal Assist with a Twist 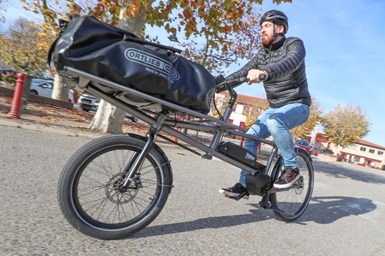 The latest transport to get Valeo’s electrification treatment is one of the oldest: bicycles.

In partnership with gearing specialist Effigear, the French supplier has adapted its 48-volt technology for two-wheelers with an integrated system that teams an electric motor and a 7-speed automatic gearbox directly into the pedal assembly.

Valeo is showcasing the technology with three prototypes: a city bike, mountain bike and cargo bike—with a load platform and regenerative braking—to better carry your stuff.

Zen and the Art of No Maintenance 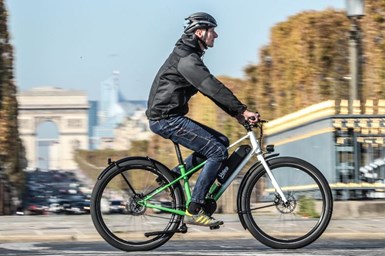 In the city (Paris!)

Bike chains can be a pain. No worries. Valeo’s system does away with them—in favor of a simple belt—and eschews about 50 other parts, including derailleurs, sprockets, handlebar shifters and related cables.

Described as a world first for electric bikes, the adaptive automatic transmission uses an algorithm to adjust to a user’s riding style and provide the needed electric assistance, according to the supplier. 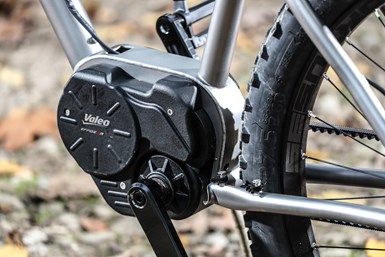 The motor generates 96 lb-ft of torque, enabling it to multiply the cyclist’s effort by eight. This compares with a relatively pedestrian fivefold bump for most other e-bikes, according to Valeo.

In the cargo variant, the electric assistance allows a cyclist carrying a 330-lb load to climb a 14% gradient. There’s also a boost function that provides even more power.

You could say the company has a lot riding on electrification.