Yet Toyota is bullish about that 3,000. It is the number of Mirai hydrogen fuel cell electric vehicles that it has sold. There is a singular market for the car, California.

However, the 3,000 Mirais represent more than 80 percent of all of the hydrogen fuel cell vehicles in the United States.

Yes. One car. More than 80 percent of the total hydrogen vehicles in the U.S. 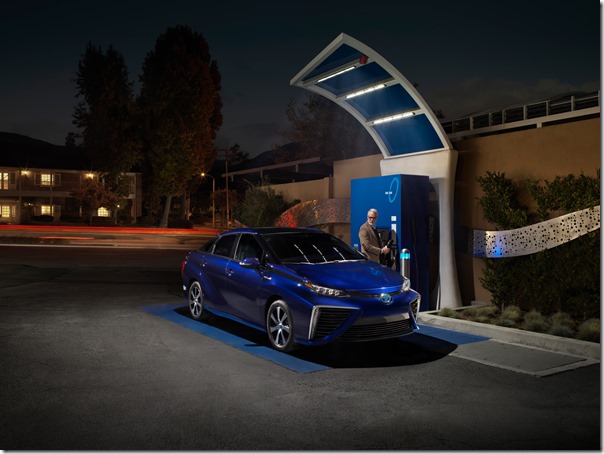 Although Toyota is pursuing the development of battery electric vehicles, it is not giving up on fuel cells.

“From our success in launching the Mirai to our work in building the world’s first megawatt-scale carbonate fuel cell power generation plant, Toyota is proud to bring to market new uses for this versatile technology.”

That power generation plant is being built in the Port of Long Beach in California. It will take ag waste and transform it into water, electricity and hydrogen.

Toyota is also testing a class 8 truck, Project Portal, at the Port of Long Beach that features a powertrain based on Mirai technology.

Presently there are 31 retail hydrogen stations in California, and this year there should be 12 more. Toyota is working with FirstElement Fuels and Shell for creating this infrastructure, and also with Air Liquide on building 12 stations between New York and Boston, with the first to open later this year.

Although the 3,000 is a small number, remember when the Prius was a quirky little car that only true-green environmentalists would buy?