When it comes to remarkable vehicular engineering, it is often hard to find something that is more superbly executed than a motorcycle, particularly something that is in the superbike category. Which brings us to the BMW Motorrad limited edition (a total of 750 will be built), track-only HP4 Race. 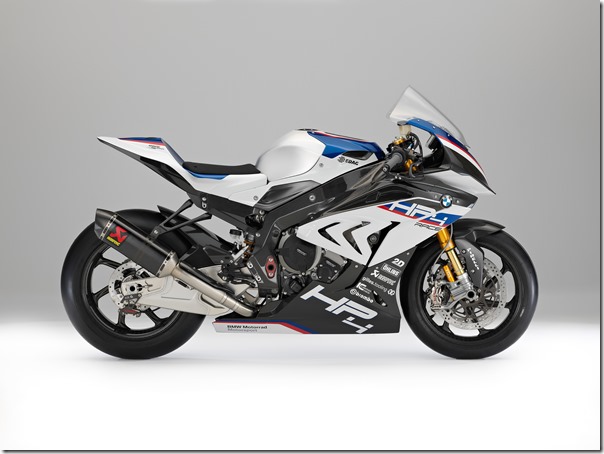 This bike weighs just 377 pounds, thanks, in part to a full carbon-fiber frame in monocoque construction (which weighs just 17.2 pounds) and carbon-fiber wheels, which are some 30 percent lighter than conventional light-alloy forged wheels. 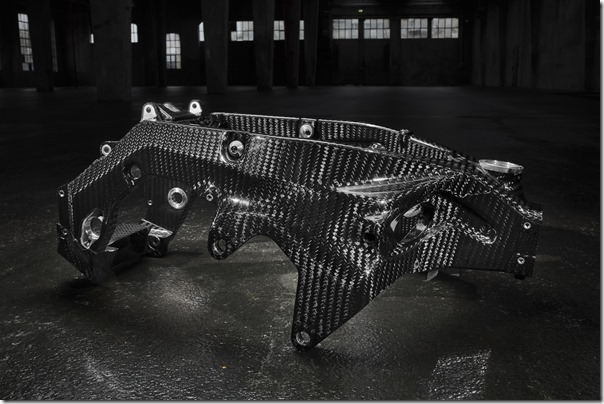 (Don’t forget that BMW Group and SGL Group operate SGL Automotive Carbon Fibers, a joint-venture that produces carbon fibers for not only the i cars, but even the 7 Series, so BMW knows more than many about the strong, light material.) Even the wheels are CFRP

And while on the subject of materials, know that the braking system uses two Brembo GP4 PR monoblock brake calipers. There are coated titanium pistons and single-piece aluminum calipers that have a chemically nickel-plated surface.

The bike is so well engineered that it was named “Best Superbike” by the editors of Cycle World magazine in their November issue. After acknowledging the carbon-fiber frame, swingarm and wheels, they write, “But the finest components complete this beautiful track-only machine: an Öhlins FGR 300 fork and TTX 36 GP shock, Brembo GP4 PR Monoblock brake calipers, and Forged Pankl rods in an engine that is claimed to make 215 hp. Some things are too fantastic to be common. The HP4 Race is one of those things.”