While there is political rancor in the U.S vis-à-vis China, no one in the auto industry should take their eye off of what is occurring from a technology standpoint in China. 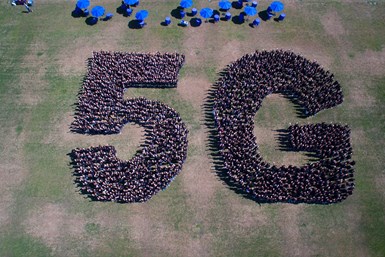 Qualcomm is big on 5G, which is beneficial to C-V2X. (Images: Qualcomm)

This became exceedingly obvious, to put it mildly, to say the least, when Qualcomm Technologies—part of the massive wireless (3G, 4G, 5G. . .) tech firm headquartered in San Diego—announced its collaboration with companies in China on the “2020 C-V2X Cross-industry & Large-scale Pilot Plugfest.” Strange though that name may sound, there should be no doubt that there is nothing in the least bit odd about what is occurring.

And as for the participants in the Plugfest:

The purpose of the event was to demonstrate interoperability across

As for the testing, there were 180 C-V2X onboard units (OBUs) and roadside units (RSUs). Testing including a number of traffic scenarios. 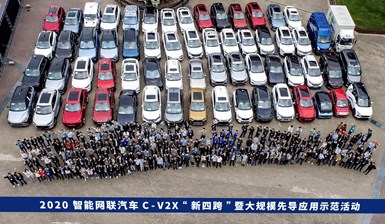 There were five vehicle-to-infrastructure (V2I) use cases involving interoperability:

And there were five vehicle-to-vehicle (V2V) use cases tested:

“Today, 5G is empowering the automotive industry, expanding the set of application, and driving the C-V2X industry ecosystem to scale in China. Meanwhile, the solid foundation of the information and communication industry has also paved the way for C-V2X commercialization and implementation in China.”

Sounds like there is a high degree of readiness being developed.

None of this is to say that tests of C-V2X aren’t occurring in the U.S. Ford is working with Qualcomm. Audi, the Virginia Department of Transportation are running a pilot. And there are more.

But the scale of the participants in the Plugfest should give not pause, but a commitment to increase development of the technology that can significantly help save lives—everywhere.