Deals with Motional and May Mobility Follow Baidu Partnership

The more significant of the two, announced this morning, is a multi-year pact with Motional.

Velodyne will be the exclusive provider of long-range, 360° surround-view lidar for Motional’s Level 4 driverless vehicles.

As a reminder, Motional—a Hyundai/Aptiv joint venture—is partnering with Lyft on a robo-taxi service that’s due to launch in several U.S. cities in 2023. 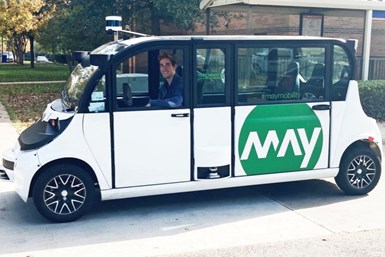 In addition, Velodyne inked a deal with Ann Arbor, Mich.-based May Mobility, which plans to equip its entire fleet with Velodyne’s Alpha Prime sensors.

May Mobility, which counts BMW and Toyota among its investors, has provided more than 265,000 self-driving rides since 2018—including a current pilot program in Grand Rapids, Mich. Deployments next year are planned in Arlington, Tex., and Higashi-Hiroshima City, Japan.

The new deals follow an earlier one with Chinese tech giant Baidu, which will use Velodyne’s Alpha Prime modules in a variety of applications.

Velodyne, which pioneered automotive lidar with its spinning puck array for early prototype AVs, is facing increasing competition from dozens of new competitors and next-generation MEMS and FLASH lidar. 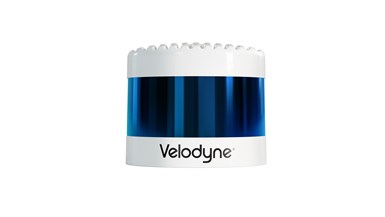 The new deals indicate Velodyne is up for the fight.

“Velodyne’s sensors benefit from being tested and deployed by many customers across a wide variety of use cases and conditions,” says CEO Anand Gopalan. “The Alpha Prime is a part of many of the leading autonomous vehicle programs in the world.”