Manufacturing buzzwords come and go, from kaizen and Six Sigma to lean and total quality management.

And Freudenberg Sealing Technologies (FST) has employed all of them, with varying degrees of success, over the years.

Now the supplier aims to optimize the different tools by integrating its overall process with the help of the next big thing: data analytics and Industry 4.0.

The job is being led by Ted Duclos, who is fast becoming his own C-suite. He was appointed CTO five years ago, then added COO duties at in mid-2019. 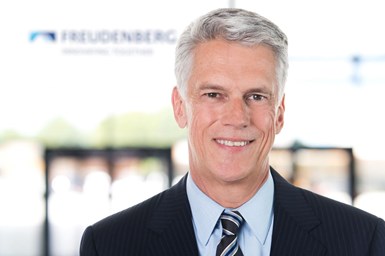 Duclos, who joined Freudenberg Group in 1996, says the dual roles are a natural fit that help FST streamline innovation and productivity from product development through manufacturing. The common goal, he adds, is satisfying customers.

“There are a lot of synergies between the technical and manufacturing worlds,” Duclos says. “It’s very important to design production systems in the right way, so they are already lean.” 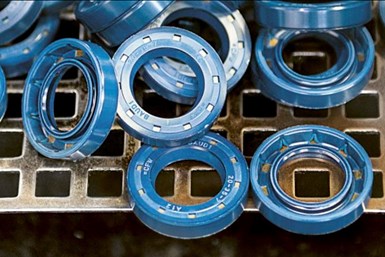 This includes tapping into the combined expertise of all employees and cross-functional teams to integrate processes and optimize technologies and lot sizes that ultimately reduce cycle times and machine requirements, he says.

“I think lean and Industry 4.0 fit together well. Lean minimizes the process steps and variations between operations,” Duclos explains, noting that FST has long embraced such methods. 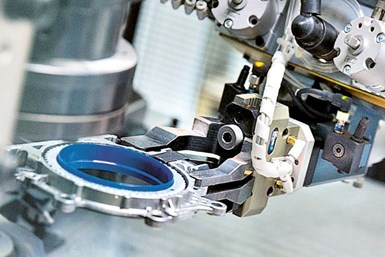 Indeed. The company’s lean Growtth (Get Rid of Waste Through Team Harmony) initiative was launched nearly 30 years ago.

“Our leaning has put us in a good position to learn from processes and feed it back into operations,” Duclos asserts. He says this also will yield even leaner operations in the future.

“One of the hardest things about managing teams is to ensure that everyone has access to the same info—without overwhelming them—at the same time and contributes to the process,” Duclos says. 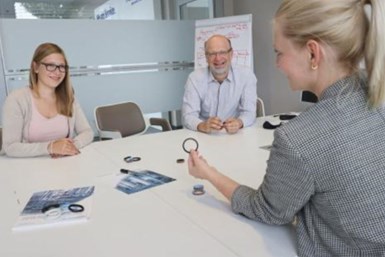 “It’s critical to have a culture where everyone feels comfortable trying things, reporting results and then working together as a team to make improvements where they are needed,” Duclos says.

If there’s a problem, he adds, everyone needs to run toward it and rally together to find solutions.

As the auto industry transitions to Industry 4.0 and increased automation, Duclos says, more effort needs to be spent on how data is shared and used to meet specific objectives and improve a company’s overall operations.

It’s as much about changing the way people think as it about new technology.

“Many times traditional ways of doing business comes down to a gut feel,” Duclos notes. “Now when you get a lot of data, you have to make sure you trust and understand it. Then make decisions and implement them based on the data and trust the process.”

In the past, Duclos acknowledges, some of FST’s big data projects have failed because of bad data. In other words, garbage in yields garbage out.

“The first things you realize, is that the data may not be correct or mean what you think it does,” he says. “We need to make the process much better and consistent.”

The key, Duclos says, is to set clear targets and priorities.

Everyone needs to understand what the objectives are—whether it’s to reduce cycle times or minimize inventories—and what information is needed to make and act upon decisions.

Instead of merely reacting to data, companies need to plan ahead and use decision trees to improve the process. This will enable users to quickly evaluate systems, manufacturing cells and equipment, and determine what tools (kaizen, Six Sigma, artificial intelligence) can best be best applied to improve efficiencies, based on relevant—real-time and historical—data, Duclos explains.

Executing such strategies during the coronavirus pandemic has been a challenge. To put it mildly. 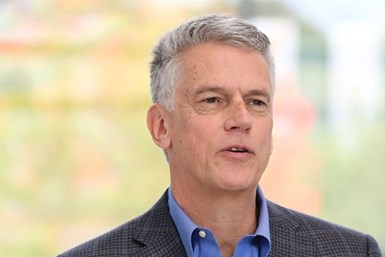 In the early days of the crisis, FST had to reassess its plans and make changes on a daily or weekly basis, he says.

While some critics faulted lean manufacturing for not being able to seamlessly address the drastic volume swings, Duclos insists that wasn’t the problem.

Instead, he points to a lack of flexibility: “There was a lot of idle capacity in April and May. The real lesson during this time was that manufacturing systems and the industry as a whole needs to become much more flexible.”

This would allow companies to quickly switch gears and repurpose automotive production for other types of products, including medical equipment or even paper towels and toilet paper.

Duclos—who holds a doctorate and master’s in biomedical engineering from Duke University, as well as a mechanical engineering degree from Stanford—points out that Freudenberg Group’s Medical unit produces ventilators but that individual plants across divisions are focused on their own specialties.

In the future, Duclos envisions automakers and suppliers utilizing flexible systems to more quickly adapt to volume and demand mix changes or to produce multiple products on the same line, including components for both ICE-powered and electrified vehicles.

“By embracing change, we minimize risks,” Duclos says. “It’s all about trying things, measuring the results and making changes based on the resulting data.”

Continuous improvement, he adds, is the “foundation for the success of any sustainable enterprise.”

And FST expects to reap the benefits of its latest improvements and integrated processes for years to come.