“There is no doubt that Level 3-5 automated vehicles are an important part” to creating a cleaner, safer and smarter transportation future, according to the Alliance for Automotive Innovation (AAI).

But getting the job done, the U.S. auto industry trade group says, requires “focused and sustained leadership from policymakers.”

The policy roadmap aims to reform and harmonize regulations related to automated vehicles to help advance the testing and deployment of such vehicles. 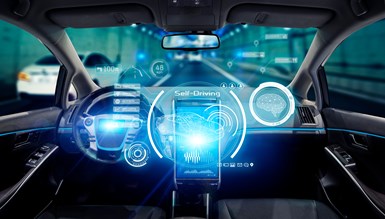 AAI makes 14 recommendations, which are grouped into three categories:

Formed earlier this year from the merger of the Alliance of Automobile Manufacturers and the Assn. of Global Automakers, AAI consists of 25 carmakers and about a dozen suppliers with operations in the U.S.

For starters, the roadmap calls on the U.S. Dept. of Transportation to create a vehicle class specifically for AVs within the Federal Motor Vehicle Safety Standards. 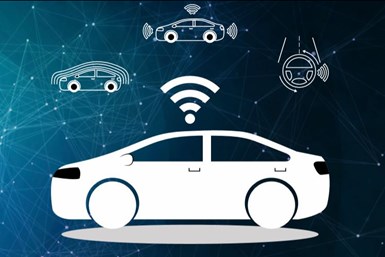 This would enable the DOT to more effectively adapt existing safety standard to AVs without impacting the applicability of the regulations for conventional vehicles that assumes a human driver is always present and in control, the group reasons.

If a new class isn’t established, AAI says DOT should accelerate its efforts to update existing regulations to include AVs.

Such restrictions could have unintended implications for dual-mode vehicles equipped with selectable features that temporarily deactivate conventional driver controls while the vehicle is operating autonomously, AAI contends.

The group says clarification is needed to ensure that deactivating driver controls doesn’t fall under the “make inoperative” prohibition if an AV is compliant with all applicable standards while operating in manual driving mode.

The roadmap also recommends the creation of a “robust” national pilot program for AV testing and deployment.

Such a program could be used to create a research database, help speed development efforts and increase public exposure to new technologies, AAI says.

While safety standards are being updated, AAI says DOT also needs to simplify and streamline the existing process that allows AVs to be tested with exemptions from some current regulations. This includes more guidance on what data carmakers need to submit when applying for exemptions.

In addition, AAI calls for increasing the exemption limit of 2,500 vehicles per manufacturer and extending the current one-year period to two years. This will help generate more real-world data to better understand AVs and adapt regulations for them, the group says.

Another recommendation challenges DOT to “embrace innovative regulatory approaches” that match the pace of technological advancement.

This includes allowing carmakers to submit proposals for vehicle-specific technical designs and/or build documentation that would accommodate unique solutions and the use of virtual testing with validated simulators.

Companies also should be able to use surrogate vehicles—models with conventional driver controls but share a platform with an AV—to perform certain compliance tests, AAI says.

The roadmap also aims to harmonize regulations and create a long-term framework. Additional recommendations for DOT and other policymakers include:

Coordinated policies for autonomous vehicle systems are long overdue. This is a step in that direction.

"The United States has long led when it comes to automotive innovation and safety technology, and AVs are the next step in maintaining our technological edge," asserts AAI CEO John Bozella. "We look forward to partnering with policymakers at both the federal and state levels to harness the vast potential of AV technology to make transportation safer and more accessible."