A More Precise Way to Get There With HERE

Pinpointing a location in three words

Want to get from A to B faster and more precisely? 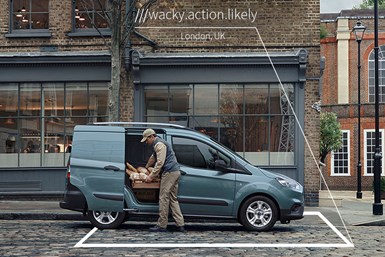 The technology can pinpoint locations within about a 10 sq-ft area. The simple three-word naming convention also enables users to enter addresses faster and more accurately, according to the companies.

The deal is the latest in an expanding network of partnerships in the growing digital map market.

Founded in 2013, what3words landed Daimler as an investor in 2018 and inked a partnership with Ford last year. The startup’s first in-vehicle application was in the 2019 Mercedes A-Class.

The new partnership will allow motorists with HERE navigation systems to access what3words addressing directly through their infotainment systems.

What3words divides the world into a grid consisting of some 57 trillion squares.

Each is assigned a unique three-word address. The front door of HERE’s Chicago office, for example, is memory.traps.lease. 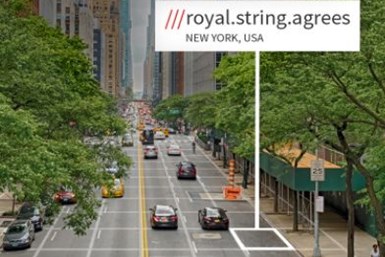 The English version of the system covers the entire surface (land and water) of the Earth.

Addresses also are available in more than 35 other languages but coverage is limited to landmass and about 3 miles offshore.

The addresses aren’t translated from one language to another. Instead, each language has its own vocabulary set—about 40,000 English words—selected based on length, distinctiveness, frequency, and ease of spelling and pronunciation.

Simpler and more common words are used in areas where a given language is spoken. To avoid confusion, similar sounding addresses are located far apart.

In English, word lengths range four to 18 letters (unenthusiastically). Typically, shorter words are used in urban areas, while longer one are reserved for remote locales.

Users can look up and share their three-word addresses via the what3words app or online map. This is especially useful for ride-hailing and delivery services, the company notes.

In addition, a growing number of businesses, including retailers, restaurants and hotel chains, list their what3word addresses on websites and other marketing tools. The Lonely Planet guidebook also includes the designation it its listings.

The system also can be used to direct users to building entrances and parking spots or identify points of interest without traditional street addresses, such as beach entrances or trailheads. But it doesn’t work in multi-level garages (other than on ground levels).

Word addresses are optimized for voice input and are designed to minimize errors by immediately identifying and correcting input mistakes, such as a non-existent address or faraway location, the supplier says.

As a result, what3words claims its addresses are 25% faster to enter by voice and improve address recognition by 135% over typical street addresses.

During controlled tests with logistics companies in Europe, what3words says its system reduced overall urban travel time—including last-mile deliveries—by an average of 30%. The bulk of the savings came from more precise parking directions, according to the supplier.

The scheme also is increasingly being used by emergency responders. In the U.K., more than 80% of such services “regularly use and ask” for what3word addresses, according to the supplier.

Overall, the system is used in 193 countries worldwide.