The Case of CASE

The Society of Automotive Analysts (SAA) held its 5th Annual Mobility Innovations Summit on November 18. During the event, there was a keynote by Matt Tsien, GM executive vice president, chief technology officer, and president, GM Ventures; and presentations by four companies that were vying for the SAA Mobility Innovation Awards. 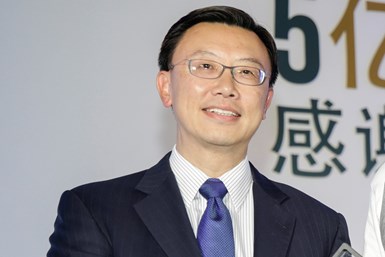 GM’s Matt Tsien says the company is committed to eliminating vehicular crashes, emissions and congestion, and the company is developing the tech to make this happen—perhaps sooner than you might think. (Image: GM)

There were presentations from Sibros for its Deep Connectivity Platform and Serinus Labs for its Early Warning EV Lithium-ion Battery System. Those two companies were competing in the “Technologies Enabling a New Business Model” category. The trophy went to Sibros. Then in the “Innovations in Lightweighting” category there were BASF for the 2021 Toyota Sienna Third Row Plastic Freestanding Seat Frame and Meridian Lightweight Technologies for its Lightweight Magnesium Door Upper Beltline Reinforcement Casting. In this case the trophy went to BASF.

I had the honor of moderating the Q&As for Matt Tsien and for the four innovative companies. I also made a brief presentation.

The pandemic has pretty much put the S on hold. As an example: Lyft announced its Q3 2020 results, which had revenue of $499.7-million, down 48% YoY, and an adjusted net loss of $280.4-million compared to $121.6-million in Q2 2019. Logan Green, co-founder and CEO, said, “We remain confident that demand will continue to return as we progress through the recovery.” And then COVID-19 kicked in. Ride-hailing is going to have a tough time ahead.

OnStar was established in 1996, so the C has been well underway for quite some time—especially in the time frame of things like smartphones. Keep in mind that the first iPhone was released on June 9, 2008, so modems in cars are nearly a vintage idea.

And telecom companies are happy about the V2X activities as they work to roll out 5G. So the connected aspect is well underway.

Which leaves us with the A and E, the automated and electric.

In the case of both, there are more issues to contend with than might seem to be the case when you hear the breathless announcements of new vehicles, some of which you can actually buy, most of which are still coming at some point.

Let’s start with the E.

The transformation of cars or crossovers into electric vehicles isn’t a simple matter of pulling out the engine and transmission and installing a motor and an array of power electronics. At least, it seems, not for vehicles that anyone is going to want to buy. How many of these compliance conversions—ICE cars transformed to EVs to comply with regulations in California--have we seen over the years to fade into nothingness?

The success of Tesla can be said to be predicated, in large part, on the fact that it is engineering its models as EVs from the start.

Something that doesn’t get a whole lot of attention is motor efficiency, and for the better part of the history of the auto industry, the electric motors have either been small—like for your power windows—or used but briefly—as in the starter motor. And motor efficiency will become even more important as vehicles become more automated. Realize that when you take a drive, you are putting torque into the steering wheel, which takes energy from that Snickers bar you ate, as does your use of the brake pedal. These are draws on the battery. Incremental, perhaps, but things add up. What’s more, typical electric motors aren’t exactly light, so there are the associated mass issues, as well.

And there are other challenges to electrification. Here in Michigan, things are getting increasingly chilly. When you warm up your internal combustion powered vehicle, which is based on electricity igniting gasoline in the cylinders, which is a heat transformation, things can get fairly toasty quickly. When you start your electric vehicle, things don’t happen that way. It is not that the battery system isn’t generating heat—because it is—but not at the same rate as an ICE. So this means that there needs to be some energy diverted in the EV to provide the kind of warmth we are all comfortable with. Anyone who has driven an EV, turned on the HVAC system, knows their range drops visibly. Climate control is a big draw on the power reserves, so things like that need to be addressed.

We won’t go into the chemistry of batteries here. But let’s talk about something that is really important regarding electric vehicles, which is access to charging. According to Statista, as of March 2020, there were 78,500 charging outlets—not stations, but the outlets vehicles plug into in the U.S., with 28,454 being in California. Good luck if you’re in flyover country because you might want to fly.

By contrast, according to the EPA, there are 168,000 gas stations in the U.S. Even if there was only one gas pump per station, that’s more than double the number of current electric outlets.

Given that it takes a matter of minutes to fill a gas tank versus a matter of hours to get a full charge, think about the lineup of vehicles on a holiday weekend trying to get a charge as the number of EVs on the road increases.

And while there are faster systems like the Tesla Supercharger network, here’s something that is found on its FAQ page: “The peak-charging rate of the battery may decrease slightly after a large number of high-rate charging sessions, such as those at Superchargers.” In other words, fast charging isn’t good for the life of a battery.

Let’s talk about the automated aspect. The amount of work being done in this space by non-traditional suppliers is staggering. And the traditional Tier Ones are doing plenty of work here, too. But let’s not underestimate the complexity of the task of driving in a world where anything goes.

Human vs. Machine vs. Deer

To be sure, human drivers are far from being fallible, but throughout our lifetimes we obtain information about the outside world which leads us to nearly unthinking knowledge about our environment. For example, if we’re driving along on a two-lane road and glance in our rearview mirror and see a pickup that wasn’t there the last time we looked and we see it flashing its lights and honking its horn, we instinctively know that the driver is not happy with us and is likely to do something not good. Machines need to learn things like that.

And let’s take another example: according to the Michigan State Police, there are some 50,000 vehicle-deer crashes each year, most of which are on two-lane highways. But for those of us who have driven on I-75 just south of Grayling in the morning know, the deer just don’t hang around state roads. Want to know why people are talking about geofenced autonomy. There aren’t too many deer in places like downtown Chandler, Arizona, where Waymo is running its fleet.

While processors have gotten better, let’s face it: we’re still facing the blue screen of death every now and then, but we are typically safely at our desks. Two-ton vehicles moving at 60 mph are something else entirely. While companies are working to assure robust reliability, let’s face it: stuff happens.

Even to other brand-name companies.

A lot of work has to be done in terms of machine learning, hardware reliability and, yes, even cloud services before we’re going to be on our way to a Level 4 nirvana.

CASE is real today. But the issue is getting it to scale. Safely. Profitably. Conveniently. Reliably.