Chengdu-based Yahua opened a new plant last May that can produce 20,000 tons of the material per year, more than doubling the company’s previous capacity. 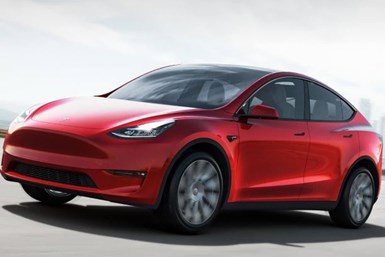 Tesla, which ramped up production at its vehicle assembly plant in Shanghai in January, also sources lithium from China's Ganfeng Lithium, one of the world's biggest producers of the pricey material.

The carmaker also has an agreement with Chinese battery giant CATL (in addition to Panasonic and LG Chem).

Tesla aims to sell as many as 1 million vehicles in 2021—which would double its projected record volume this year—and is planning new factories in Germany and Texas, with an eventual (extremely ambitious) goal of selling as many as 20 million EVs per year.

Needless to say, it’s going to need a lot of lithium to power all the new cars. Deals with more suppliers are likely to follow this one.