Redundancy is good for automation

The thinking behind CNXMotion, a 50:50 joint venture created in 2017 by Continental and Nexteer Automotive, was to develop next-generation technologies that integrate and enhance the parent companies’ braking and steering capabilities.

Grand Blanc, Mich.-based CNXMotion is taking the first step in this direction with its Brake-to-Steer (BtS) system, which provides redundant actuation during autonomous driving. 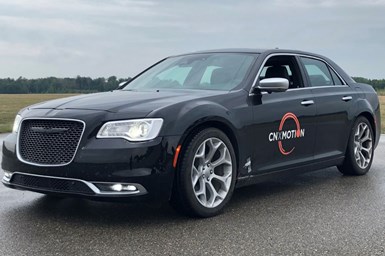 If a problem with the EPS is detected during autonomous driving, BtS can be used to steer the vehicle by applying brake pressure on the appropriate front wheel in the intended direction.

This allows vehicles to be automatically slowed and steered to the side of the road to await help, CNXMotion says. If needed, a vehicle can be stopped within a lane or temporarily continue driving until it can be safely pulled over.

Described as an intermediary between a vehicle’s automated driving system and actuators (i.e., brakes, powertrain and steering functions), the MCS engages BtS when needed and determines the best path forward.

The integrated system builds on current lane-keeping technology, which uses the brakes to nudge vehicles back in place. But BtS is said to be more sophisticated, enabling greater maneuverability, handling and steering feel.

BtS can be used across a wide range of operating parameters, according to Alan Davis, who heads the joint venture. “We continue to investigate different brake strategies to find the most optimal way to safely turn the vehicle at all operating vehicle speeds.”

CNXMotion envisions the system initially being used during emergency situations with Level 4/5 autonomous vehicles, including those without a steering wheel or brake pedal.

The partners also are developing applications to enhance current advanced driver-assist systems in semi- and highly automated vehicles. In addition to providing redundancy in case of a system failure, BtS can be applied as needed if the driver doesn’t take back control when prompted to do so.

CNXMotion has demonstrated BtS to several carmakers and its parent companies are ready to work with OEM partners on further development.

No timeframe was given for commercialization. But the potential benefits are clear.

“Perhaps the most critical challenge in highly automated and autonomous driving is ensuring the robustness of system redundancies to keep drivers, passengers and road users safe,” Davis says. BtS, he notes, “offers another steering safety layer for a wide range of automated driving conditions.”