Connectivity has become a major battleground for carmakers and traditional suppliers, which are competing against each other and a barrage of tech companies for new applications. 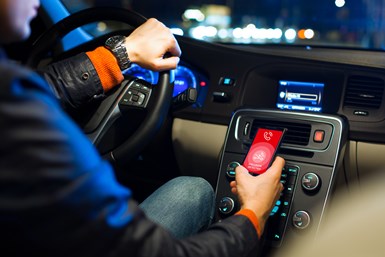 One of Sfara’s products uses existing smartphone sensors to detect accidents, and can then automatically notify first responders if the crash severity warrants. This complements Bosch’s “eCall” that uses vehicle sensors to do the same job, which has been a requirement for new cars sold in Europe for nearly three years.

By partnering with Sfara, Bosch will be able to supply the same capability to older models that aren’t equipped with the necessary sensors. In addition to cars, the system also can be used by bicyclists and pedestrians, Bosch notes.

The companies have been working together informally since last year. The investment strengthens the collaboration and opens up other potential applications, according to the partners.

Sfara’s cloud-based system accelerometers, GPS and other sensors embedded in smartphones—along with its own sensor fusion technology—to determine if a vehicle has been in an accident, and its location. 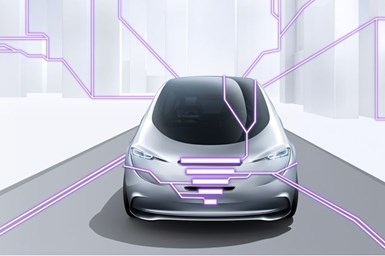 In such cases, the app triggers an emergency call to a Bosch service location and automatically transmits all relevant data. The supplier says the system uses artificial intelligence to “considerably reduce” false positives and can detect crashes at vehicle speeds well below those required for airbag deployment.

Motorists can speak directly to a service representative, who can contact emergency service providers and third-party vendors to dispatch help or coordinate tow trucks or rental cars depending on the severity of the accident. Data also can be shared with carmakers, fleet operators and insurance companies to track potential problems and automate the claim process, according to the supplier.

Formed in 2012, Sfara has been used by millions of motorists in North America, Europe and China, according to the supplier.

Earlier this year, the company announced a contract to supply its technology for an upcoming Mercedes-Benz car. Sfara also opened a proving ground in Finland to test the system in autonomous vehicles.

In addition to its accident detection system, Sfara says its technology can be used to monitor driver performance and detect how often they touch their phone while driving. The supplier also is developing applications for smart cities to enable vehicle-to-infrastructure communication.