Designing and Engineering the Lucid Air

Developing an electric vehicle—comprehensively and deliberately.

According to Peter Rawlinson, it is all predicated on the development of the “Space Concept,” which might sound a bit extraterrestrial, but which he says will make the Lucid Air electric vehicle significantly different than the other EVs on the market, a difference predicated on the fact that the vehicle was developed so as to take advantage of the fundamental engineering of the electric drive train—which consists of a permanent magnet electric motor, inverter, integrated transmission and differential (a 900-volt+ unit that produces over 650 hp, generating 41 hp per liter—it can fit within a airline roller bag and weight 163 lb (admittedly light but beyond the overhead capacity))—and 113-kWh battery packs (proven by being the battery packs used for all the cars competing in Formula E). 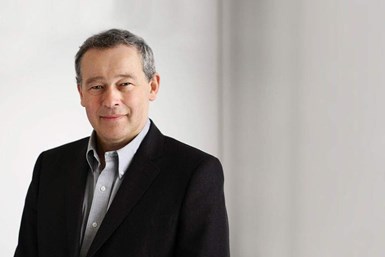 The objective was to miniaturize the drive train and the battery pack such that even though the exterior of the vehicle is comparatively small for a luxury car (length: 195.88 inches; height 55.51 inches; width: 76.34 inches (86.54 with mirrors)), the inside seats five and provides roominess.

Rawlinson knows this because not only is he the CEO of Lucid Motors, he is also the chief technology officer.

Rawlinson knows more than a little about not only what Lucid is doing, but what some of his competitors are up to. His background includes being chief engineer at Lotus Cars, principal engineer at Jaguar Cars and vice president of Vehicle Engineering at Tesla. He was also the chief engineer for the Tesla Model S.

Derek Jenkins, Lucid’s vice president of Design, explains that the Lucid Air is meant to compete for the customers who might otherwise be buying a vehicle like a Mercedes S Class. That is, while the Model S might be an expensive car, it is not a luxury car. 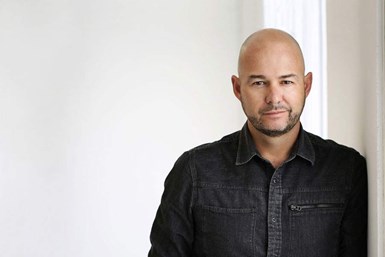 At this point, Jenkins says, about 98% of the people buying in the lux segment are not buying electric vehicles. Their objective is to provide a vehicle that will appeal to those people.

Admittedly, there are some rather appealing numbers associated with the vehicle, like 1,080 hp, 517-mile range, 0 to 60 mph in 2.5 seconds, and the ability to put enough charge in the batteries in 20 minutes to travel 300 miles.

But Jenkins says another aspect of the Lucid Air that he believes will be appealing is that the vehicle has been designed such that its design language is one that speaks to what an electric vehicle can be. He points out, for example, that generally the approach is one where there is a long hood and pushed back cabin so as to telegraph the message of power; in the case of the Lucid Air there is a short hood and the cabin on top of the comparatively long wheelbase (116.54 inches).

The aesthetic is one, he explains, about form and function.

And lest it be thought that this is something that resembles something highly functional like, say, a box, know that the coefficient drag is a remarkable 0.21.

Rawlinson and Jenkins discuss the development of the Lucid Air on this edition of “Autoline After Hours.”

Joining “Autoline’s” John McElroy and me is Rain Noe of Core 77.

Rawilson admits that the Lucid Air is not on the streets right now. It will be next year. They are building a plant in Casa Grande, Arizona (between Phoenix and Tucson) to build it; production will commence early next year and deliveries later next year.

He knows that the company has to deliver.

He recalls that back in the early days of the development of the Model S Tesla was pretty much dismissed. And we know how that’s worked out.

But one of the things that he points out is that there needs to be something truly differentiating, truly innovative, truly appealing for a company to achieve a share of the market.

And with that cognizance from the start of development, it very well may be that they’ve created the product that will make more than just its mark in the market.