The Age of Ultium?

At about the same time General Motors began constructing its new Ultium Cells battery plant in Ohio on July 29, CEO Mary Barra was posed with an interesting question during a second-quarter earnings call with analysts.

The question: Why not change GM’s corporate name to Ultium to reflect the company’s growing commitment and ultimate transition to electric vehicles?

The suggestion came from Morgan Stanley analyst Adam Jones. He couched the proposal this way: “The General Motors brand has done its job, but I’m wondering if it might be out of touch with some of the really interesting directions you’re taking the business.” 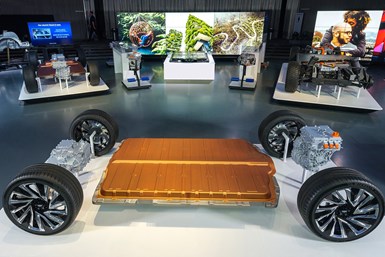 Some viewed it as a tongue-in-cheek query in the wake of last week’s announcement that Fiat Chrysler and PSA Group plan to call their merged operations Stellantis. That name has prompted a series of jokes, such as: “Ask your doctor if Stellantis is right for you.”

But Barra at least appeared to consider the idea, before dismissing it. “We are open to looking at anything that we think is going to drive long-term shareholder value,” she diplomatically stated. But for now, she added, the focus is on implementing its overall EV strategy rather than a rebranding exercise.

As with Ford and FCA, GM is trying to catch up with European and Asian rivals on the EV front.

GM currently offers just one all-electric car, the Chevrolet Bolt. But it plans to launch at least 20 more EVs and plug-in hybrid models over the next three years.

The new Ultium batteries will play a big role in the upcoming electrified vehicles. GM says the proprietary cells, which were developed by LG Chem, are about 60% more powerful than the current lithium-ion units used in the Bolt.

Featuring a low-cobalt chemistry, the pouch-style Ultium cells can be stacked vertically or horizontally inside the battery pack. This allows engineers to better tailor performance and packaging for individual vehicles, GM says. 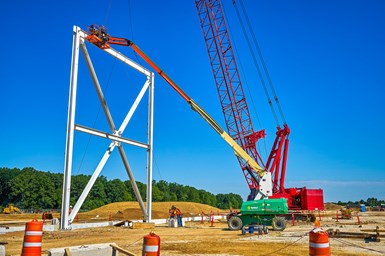 Construction of the nearly 3 million-sq-ft Ultium plant, which is a joint venture between GM and LG, will continue through autumn.

GM will use the new batteries in a variety of new EVs, starting with the upcoming Cadillac Lyriq crossover to be unveiled next week. This will be followed by Cadillac’s new flagship model, the Celestiq sedan.

The carmaker also announced revised plans to reveal the GMC Hummer EV this autumn after delaying a planned intro earlier this year due to the coronavirus. A new teaser video says the 2021 model, which will be available in pickup and SUV configurations, will feature multiple driving modes—including “adrenaline” and “crawl”--ultra-vision cameras, modular sky panels, an infinity roof and the next generation of GM’s Super Cruise semi-autonomous driver-assist technology.

It also will use Ultium batteries with “super-fast” charging capabilities.

What About the Name?

Make no mistake, GM has big branding plans for Ultium. But, at least for now, the company believes it will be better served to limit the name to batteries.

Despite the new enthusiasm for EVs, Barra expects the transition will take time. Last month, she said GM will likely continue to make piston-powered cars for at least another 20 years.

But maybe it should consider a name change—even if it’s not Ultium, which also has been the butt of a few jokes on social media—to jumpstart its electrified future.

GM was formed in 1908 as a holding company for Buick and Oldsmobile. Many other nameplates have come and gone over the years, including Olds.

Changing a name in itself isn’t much of a strategy. But it could help change a company’s century-old culture and consumer perceptions.