Volkswagen Introduces ID.3: If You’re In Europe, Get In Line

In case you’re wondering, the name of the first electric vehicle that Volkswagen is rolling out as part of its massive electrification program is ID.3. One benefit of early ID.3 adopters: free electricity for the first year, up to 2,000 kWh.

In case you’re wondering, the name of the first electric vehicle that Volkswagen is rolling out as part of its massive electrification program (i.e., the plan anticipates having more than 20 battery electric vehicles on offer on a global basis, which will account for annual sales of in excess of a million units) is ID.3. 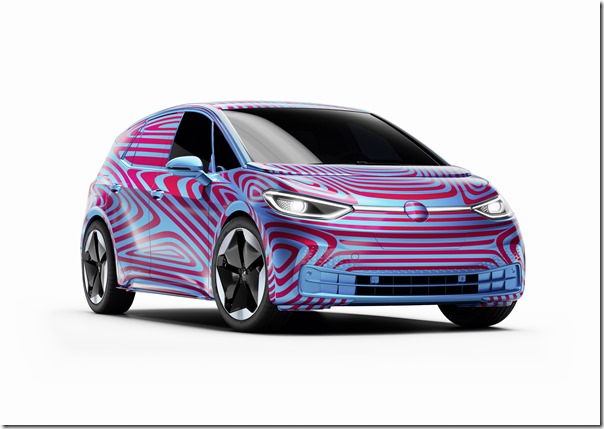 Yes, we’ve seen the ID. designator on the array of concept vehicles Volkswagen has unveiled, including the ID. CROZZ, ID. VIZZION and ID. ROOMZZ; whether those names remain is not certain though the ID. (yes, there is a period after the “D”) will remain.

The “ID” is said to stand for “intelligent design, identity and visionary technologies.”

The “3” has two meanings. One is that it is in the “compact segment,” and that is a designation of that category.

The second meaning is more Volkswagen-centric as it is considered to be the third significant car in Volkswagen’s history, with the first two being the Beetle and the Golf.

Coincident with announcing the name, Volkswagen also opened up pre-booking for the ID.3 in European markets. Those interested in getting in the queue for the car can do so at www.volkswagen.com/id-prebooking (remember: this is in Europe only, and in 29 markets there); it will require a deposit of –1,000.

The company is offering a special first edition that will be limited to 30,000 vehicles. This vehicle has a range of 420 km (remember: Europe). The car will be fitted with the medium-sized battery. The ID.3 will also be available with small (330 km) or large (420 km) batteries.

One benefit of the early ID.3 adopters: Volkswagen is offering free electricity for the first year, up to 2,000 kWh. This can be accessed through all the public charging points that are on the Volkswagen We Charge charging app, as well as the pan-European IONITY rapid charging network. 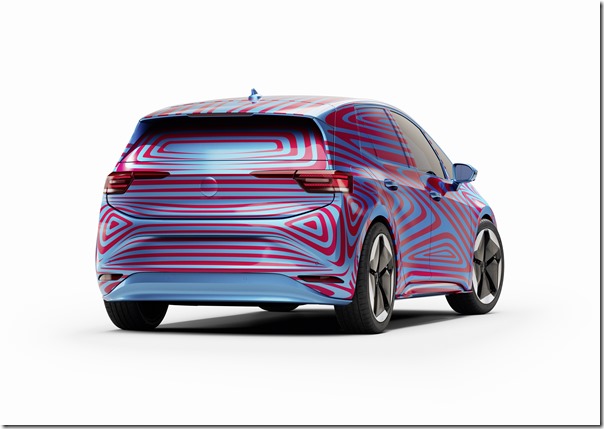 The first edition is offered in four colors. Presumably, the one shown here is not among them.