The 2020 World Machine Tool Survey details the machine tool production, imports, exports, and consumption of 62 countries. Highlighted are trends in key leading indicators. The top five imported and exported machine tool types with their percent change from the previous year for each country are also detailed. 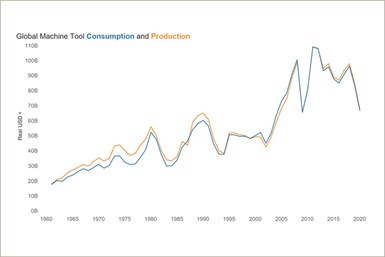